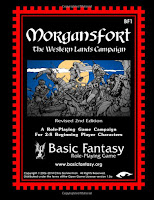 We last left our party across the street from a tenement building in a Ravenstone neighborhood where a cultist they were following had just entered. After a minute of discussion, the group stakes out in an alley while Pater crosses the road and enters the apartment building. Pater hears a voice from the door on the right. It’s a man gruffly speaking in a tone of command. The door begins to open and Pater ducks back into the shadows under the stairs. The cultist exits followed by a chain of very pregnant women. Pater dives and backstabs the cultist who falls under the lethal strike of his blade.

The women, dressed in rags and bound together at the wrists, are shocked, but looked somewhat numb to the violence. Pater asks who they are. A young, dark-haired woman says they are known as The Mothers. They are slaves whose lives are dedicated to breeding slave stock. The unfortunate brother was collecting them to bring them back to the pits from their physician visit. Pater brings them outside and across the street where their bonds are cut. Pater goes back inside to hide the body inside the apartment. He gets the body back inside, but leaves quickly when he hears a voice from the back room ask, “Br. Woodward, is that you,” identifying him as the son of the widow from the night before.

Two men come out of the building just as Pater makes it to the alley after having discovered Woodward. The noon bell tolls and the streets begin filling with townspeople making their way to the chapel. The group find a (for now) empty house where they hole up while they decide what to do next. The household is a middle-class home unremarkable except for the oil-painted picture of the demon lord, Shah Gzerohn, in multiple rooms. The townspeople are apparently true believers. Nyphus and Mel head to the chapel while Pater and Renic head northeast towards the industrial warehouse section of town. They find an abandoned storeroom on the edge of town.

Pater leaves Renic in charge of the Mothers while he leaves to watch the chapel. He meets two men on the street on his way there. Renic leaves the Mothers alone to keep from being left on guard duty. Nyphus and Mel make their way in to the chapel from near back of a long line. The middle of the chapel contains a giant green crystal  coming up from the floor. Both make their way downstairs to the sacristy where a line of worshippers are entering a portal through the crystal. Nyphus enters the portal, Mel does not until later under pressure from the evil brotherhood after she tries to make her way down into the slave pits. They find themselves in front of a giant stronghold on an enormous cloud bank over Ravenstone.

They are given an audience with Archbishop Nemesine in a throne room full of Ravenstone worshippers/townspeople. In the gallery leading to the throne room are large oil works depicting brutal scenes of worship of Shah Gzerohn as well as Nemesine’s personal history. At the end are recent works of the party themselves, saving the early barbarian tribe from the mural in the dungeon of the Island Fortress. Nemesine is a Sidhe, a faerie being from another world. He and his lover are exiles from their home world and were cursed by clerics of Tah shortly after their arrival in this one. He cannot walk the earth in his true form and may not leave this one for another. Here on the cloud demi-plane he at least may cover his hideous new form, a mass of writhing maggots. His lover, similarly disfigured, committed suicide.

Nemesine fails to Geas both Nyphus and Mel. Instead he offers them a deal. He seeks the Miter of Tah which was stolen by the Duvan’Ku, the original worshippers of Shah Gzerohn before the barbarians. The cult was vanquished 700 years ago in their last shrine in the Demonfrost Mountains on a peak called Deathfrost by a group of Tah’s disciples attempting to take back the magical Miter. The clerics never returned, but the cult was also never seen again. It is said Deathfrost’s shrine is filled with gold and ancient artifacts of wonder. Nemesine’s acolytes cannot climb the peak. Their green marks begin to burn and their minds fray approaching the peak. The Miter will let Nemesine remove his curse and leave this plane for good. If the party returns with the item, Nemesine vows to let the freed Mothers go, disband the Green Mark, put an end to the slave pits of Ravenstone, and leave this plane. Mel draws up a contract between them, sealed with the mark of Persephone and Demeter.

In the meantime, Renic leaves the Mothers in their warehouse hideout for the chapel. Pater sees him approach from his hiding place. Renic quickly escalates into a conflict with the acolytes and chops one in two. The fight flushes out Pater as well. They are pursued by cultists, eventually lose them, and meet back at the warehouse. Nyphus and Mel return later with the terms of their agreement, planning to return back to the chapel the next morning.